Where does AmiQuote save downloaded data?

AmiQuote is a companion program shipped with AmiBroker, which allows data from free resources, such as Yahoo Finance, Google Finance and others. Since it is a separate application, then it can work independently from AmiBroker and it saves data in text files stored in Destination Folder defined in Tools->Settings window: 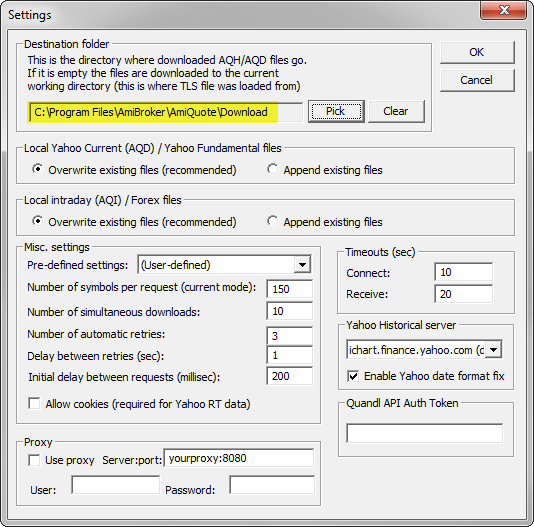 AmiQuote will import data to the database, which is opened in AmiBroker at the time of import.

Filed by Tomasz Janeczko at 9:30 pm under AmiQuote
Comments Off on Where does AmiQuote save downloaded data?